This article is a stub. You can help To The Moon Wiki by expanding it.

Dr. Rosalene
"The ending isn't any more important than any of the moments leading to it. The important thing is that over here, they are happy."

Dr. Eva Rosalene is one of the two main playable protagonists of To the Moon and Finding Paradise and is a primary playable character. She is an employee of Sigmund Corporation and partner of Dr. Neil Watts. Her official title at the company is Senior Memory Traversal Agent.[1]

Eva is a young woman with long black hair, brown eyes, and dark skin. She, like Neil, always wears a white lab coat, although hers has a gold trim.[1]

She can also be found wearing blue and yellow casual clothing during the ending scene of the second Minisode.[2]

She is more serious than Dr. Neil, and is kinder and more sensitive.[1], she will not stop at anything to complete her task, even if it means taking huge actions and risks to make sure that her job is done properly.[1]

Sigmund Minisode 1 and 2 reveal a side of her that wonders if she and her employees are doing the right thing, given that many people believe Sigmund Corp should not be changing people's memories. She also remarks on how their job never gets easier.[3][2]

Neil is her co-worker at Sigmund Corp. She seems to have known him for a long time, as is shown at the start of the game. If you chose Watts to explore the house, he says he played Sherlock Holmes at a high-school musical, but Eva says she remembers him playing Watson. Although Eva doesn't openly display feelings for Neil, she has known him for some time and the two seem close. In the midst of their playful teasing there seem to be hints of acute affection. During the launching scene, Watts tries to put his arm on Eva's shoulder, but she pushes his arm away and he backs off.[1]

Sister's side of the family

In Sigmund Minisode 2, it is revealed that Eva has a sister, Traci who seems to be the closest and who keeps more contact with Eva, a brother-in-law, Aaron, and a nephew named Jamie, who she seemingly adores and claims is better at gift giving than Neil.[2] 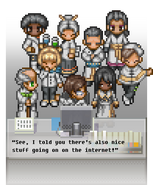 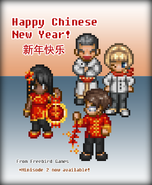 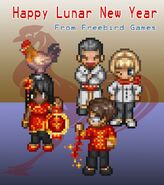 Retrieved from "https://tothemoon.fandom.com/wiki/Eva_Rosalene?oldid=6163"
Community content is available under CC-BY-SA unless otherwise noted.